How Will Website Development Change in the Next 5 Years? 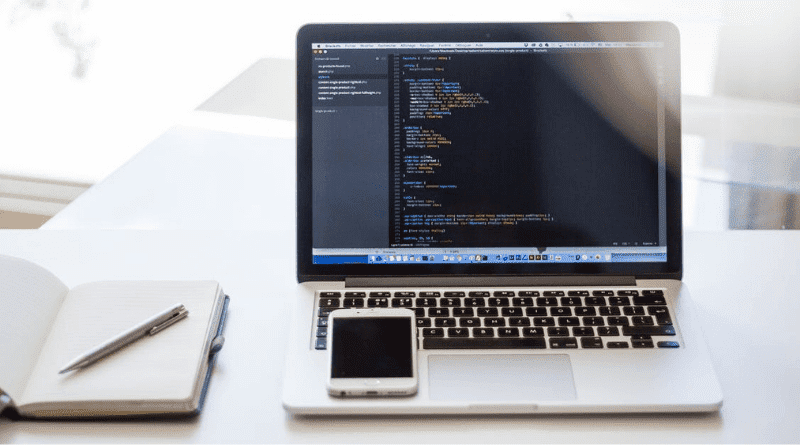 An old saying goes something like, nothing in life is constant and the only thing that is constant is to change itself. While many beg to differ, they’ll agree to the fact that changes in the Information Technology (IT) industry happen the quickest and most often.

As a web developer or a business owner, it may be extremely difficult or nearly impossible for you to keep at bay with all the changes that take place in the field of web development. For example, if we talk about ecommerce, we know that the ecommerce website design best practices keeps changing every day, so it’s hard to keep yourself up to date all the time.

If, by any chance, you’re connected with the field of web development, then you should spend a good amount of your time to thoroughly read this article from top to bottom. In this article, we’ll talk about and highlight the changes that have taken place and will take place in web development in 2021. This article will help you focus on key changes, which you’d be able to incorporate in your business or website.

The Future of Web Development

With so many changes that take place and are projected to take place in the coming years, the only thing that can be said with a great deal of certainty is that newer, complicated, intelligent and smarter technologies will be the future.

Apart from developing technologies, new modes of thinking will be required. Web developers will have to get creative and critical with their thinking process. If there’s one thing that developers must do is that they must remain positive and competitive at the same time.

For the sake of simplicity, we’ll divide this article into two sections. The first section will focus on web developers and the other will focus on industry-wide changes.

The Web Developers Will Have To Know More Languages

Gone are the days when programmers and web developers could rely on one language to do the trick for them. Given the rapid changes that are occurring at an accelerated rate, to be successful in the future, they must be aware of multiple languages in the future.

To put things simply, there are certain basic languages that they must know, such as, C++, Java, and PHP to name a few. In addition to it, they must possess a working knowledge of more advanced languages like Python and C++ Sequel, to name a few.

Thus, to stay relevant and be at bay with the industry, web developers must constantly seek to enhance their skill set.

In the past few years, we’ve seen a huge explosion as well as a diversity in consumer devices that make their way into the market. From smartwatches to Virtual Reality (VR) glasses, there exist a plethora of objects (physical and virtual) in the market, that have some form of web development mechanism taking place at their back-end. In today’s day and age, where change takes place in the blink of an eye, thus making things challenging and exciting for programmers and web developers.

An influx of devices, coupled with the diversity in them, means a huge shift, as well as a stark change in the way programming, takes place. The challenge for programmers is that they must now explore new methods of changing the input and output methods as well as focus on the visuals of the output as well. This means that long gone are days when a single web application or a website would do the trick, now, with every new hardware, a new and different software change must take place. For instance, when it comes to phones, different sorts of websites must be made that are compatible with the Android version as well as the Apple version.

Thus, if the web developers may enhance the usage of websites all across the board, they must plan far ahead into the future to ensure that websites are available as well as compatible with several devices. In addition, they must also ensure that the websites can be customized across a range of devices. The personalization feature will reduce their costs drastically and will result in more clicks and popularity of their website.

Mobile Websites Are The Future

According to some facts released by Statistica, the largest database of facts and figures states that in February 2020, approximately 51.87% of internet searches were made through smartphones and 35% of internet-users went onto websites that a functional website. This fact, along with others, emphasizes the importance of websites, and in turn, web development.

This statistic is a testament to the fact, which has led experts to believe that websites that have a mobile version are much likely to get visits than those that don’t. Thus, if you wish to stay in the business for a long time, you must adapt to the changes that are taking place in the hardware department of the information technology (IT) industry. Also, in case you aim to design a trendy website. Remember that people aren’t going to use it if it has limited capability and functionality, and is immensely hard to navigate, and is not well-crafted for mobile phone users. Therefore, when designing websites, you must focus on enhancing consumer experience and constantly be aware of industry-wide changes.

In addition, they’re also immensely useful because they allow one to design a high-quality website that is compatible with almost every device, smartphones, laptops, smart-watches, etc. However, the only downside to SPA is that it can only be made using the Javascript, so if you don’t know how to code in Java, you’re more likely not to benefit from this resource.

Coding Will Get Difficult

It is no secret that coding is difficult and there is a dearth of good coders in the United States and elsewhere as well. Bearing that in mind, web developers and coders will soon be faced with another challenge, in the years to come, coding will get harder.

It is true that newer and easier programming languages are being written every day; however, performing coding using those languages is likely to get more difficult because the problems that coders will face will get more complicated.

Related: How to Build a Website on Your Own without Any Coding Skills?

There Will Be Progressive Web Applications (PWA) In the Future

Thus, for this reason, and much more, the future lies in progressive web applications (PWA).

Progressive Web Applications are all about enhancing the consumer experience. In addition to it, they are considered to be the future in the IT field and industry for a wide range of reasons. The first one being that these progressive web applications offer much more functionality compared to the traditional web pages.

In addition, they have more capability and power to transform online businesses, and at the same time, can revolutionize user experience, and web development is more about the latter these days. Besides the faster loading and higher ranking in search results, PWAs also possess the following benefits:

The Ford factory system may have come to the world at the start of the twentieth century, but it is yet to make its way to the world of Information Technology (IT). However, it is anticipated in the next five to ten years, modular or module-based web design will be the future. Under this system, one person won’t be responsible for making the whole application, rather, the web design will be dissected into various parts, which will be designed by specialized engineers and coders. Why? You may wonder. The same reason why the Ford factory system is practiced in factories across the globe.

The modular web app architecture allows programmers to sort and solve complex and simple problems they face in web development, whether it’s in a big or a small project. Therefore, the process is less time-consuming and more flexible, which significantly reduces logistic and development costs.

More Personal Projects Are Likely To Arise In The Future

Start-ups are the present and are likely to be a thing of the future as well. In today’s day and age, an increasing number of web developers are working on their personal projects and are selling them to potential buyers. Developers are increasingly working on niche issues, which neither the Big Tech companies nor small tech companies are highlighting or working on, which makes their business idea unique.

In addition, working on one’s own project has a few advantages, which coders are discovering and enjoying. They tend to work according to their own schedule, it enhances their learning curve, and allows them to work on projects that they are enthusiastic about. This small step not only increases their skills but also unleashes their creative thought process, an essential skill that they are deprived of when working under someone.

In the next five or ten years, web development will change the most because programming languages are changing. Machine Learning and Artificial Intelligence (AI) will be the future since they’re increasingly becoming a part of the IT industry. Also, there will be a strong focus on increasing consumer experience. Therefore, if web developers wish to remain relevant, they must focus on themselves and increase their skill set as much as possible. In addition, they must also change their thinking patterns and combine their creative and critical thought process. 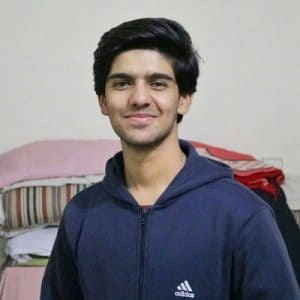 Usman Akram is a digital marketer and SEO specialist who’s passionate about experimenting and discovering new SEO tactics and strategies to dominate search rankings while bringing an unmatched user-experience. His main areas of interests are; digital marketing, SEO, web/mobile development trends etc. As of now Usman is serving Buzz Interactive, a leading digital marketing agency as the SEO Manager.