Linux or Windows Hosting: Learn How to Choose the Best Option 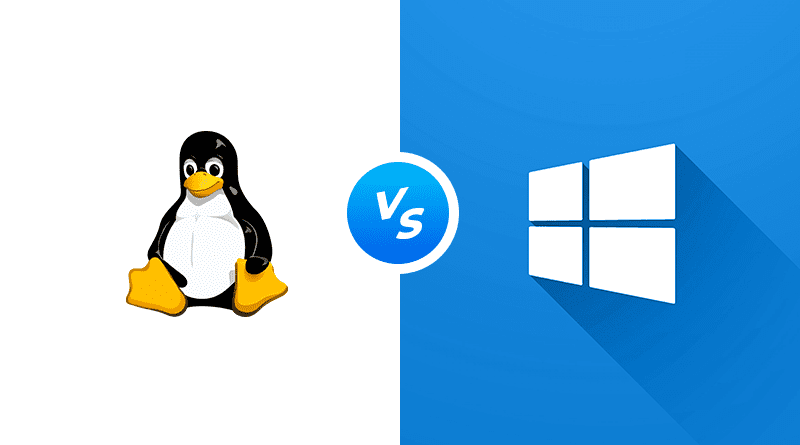 Practically everyone who is starting up or has experience with site creation has already encountered this doubt: when it comes to hosting a site, which platform should I choose? Linux or Windows hosting? This question may raise other doubts, for example: “I have never used Linux, will I be able to publish my site?” Or “If I choose the wrong platform, will it be a problem?”.

The truth is that these questions are easy to answer and with a basic knowledge it is already possible to understand the differences and know how to choose the most appropriate platform for your case. In this article, we will try to undo the main myths and doubts on the subject.

The main and most obvious difference between the two platforms is the operating system: while Windows servers run a version of the IIS software (short for Internet Information Services), Linux servers are usually configured with the Apache server and can run one of the several distributions that exist for this operating system. In the case of web servers, among the most popular distributions are CentOS, Debian, Red Hat, Ubuntu and many others. This diversity of distributions is due to the fact that the Linux source code is free and an open source.

The main thing to know to decide between a Linux and Windows hosting are questions related to the site or the application that you intend to host.

In the case of hosting websites, the main thing to know to decide between a Windows or Linux hosting are questions related to the site or the application that you intend to host. For example, if your website will be built with the PHP programming language, then the Linux web Hosting is recommended. Although Windows servers also run PHP, this is a language native to Linux servers.

Windows servers also have some native languages, created by Microsoft specifically to run on this type of server. ASP and .NET programming languages are an example and are only supported by IIS (Windows) servers. If this is your case then it is best to choose a Windows Hosting.

If it is a site that does not use programming languages on the server and contains only HTML and CSS, for example, either platform will serve you, as both support these languages perfectly.

To facilitate the understanding and comparison in between the Windows and Linux platforms, we made a comparative table with the main languages used on the internet and their compatibility with each platform.

Comparison table between languages and platforms

Any PHP application will perform better on a Linux server because PHP is a language native to Linux servers.

There are some web applications created for the purpose of content management which is quite popular, such as WordPress CMS (not to be confused with WordPress.com, which has its own hosting and cannot be installed on your server) or Magento ( Open-source and free e-commerce store ). These applications are often offered with automatic installers by web hosting companies.

Although they can also be installed manually,

Besides the issues related to the technology used, we cannot ignore the commercial aspect (price). Although not a rule, generally Windows hosting is more expensive because the hosting company needs to pay a license to use the Windows operating system. In the case of Linux, this license does not exist, since it is software that comes free of charge.

As we can see in the tables above, several technologies are supported by both platforms, however, we have seen that a given language may perform better according to the platform, which will certainly make a difference when it comes to choosing.

As a rule of thumb, I can fearlessly suggest that the choice can be made as follows: If you are going to use a technology unique to Microsoft, such as .NET, choose a Windows hosting server. If this is not the case, the Linux hosting server will be the best option, even if both platforms support the language you will use.

I hope this post has helped you understand the main differences between Windows and Linux web hosting servers for website hosting, but if you still have any questions, write in the comments and I will be happy to help you. Also, your question can be asked!