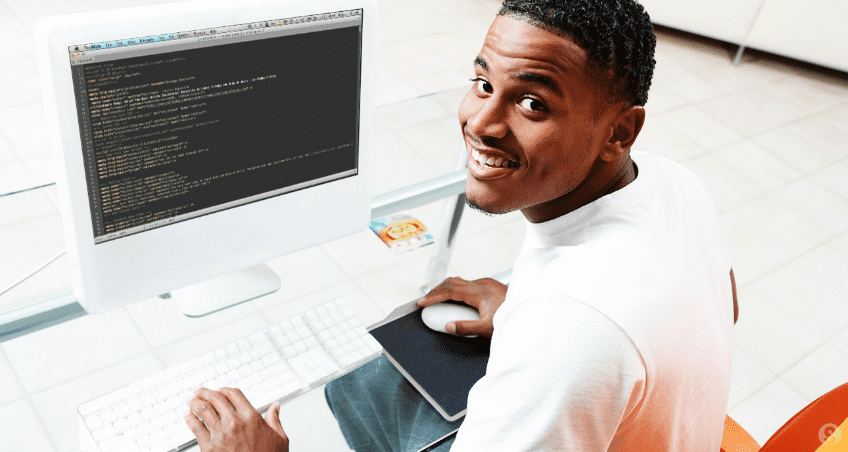 When choosing an editor that allows us to create the code of our web project, there are many options, but the essential thing is to choose the one that allows doing the job in the most efficient manner. Surely, one of the first choices is whether we want an HTML editor or an IDE (Integrated Development Environment) editor.

In this article, we review the main HTML editors and IDE that will help us to develop our web projects more easily.

The choice between using an HTML editor or IDE will depend on several factors. For example, if the computer is used for programming has very limited resources, it is advisable to opt for the HTML editor; whereas if the resources are ample, you better opt for an IDE editor.

It also influences the domain programming language to use: If perfectly controlled, would opt for an HTML editor, but if it is a new language, IDE has a autocomplete tool and support that can greatly facilitate programming. If the language used is “uncompiled” would choose HTML and if it is compiled, IDE, as compilations done easily.

Finally, if the website is to perform static, it could be programmed in HTML, while if it is dynamic, including a graphical user interface is much simpler with IDE.

Once seen the big differences, we shall discuss some of the best known of each of the editors’ types.

It is one of the most popular HTML editors, which features a simple yet comprehensive interface with a multi-screen system that allows you to work with several documents at once. It stands out because it can be easily customized, it supports many programming languages and has many plugins. This editor is available for Windows, Linux, and OS X. You can download it for free to try, but if you plan to use regularly, you will need to opt for the license.

This editor is available for Windows, Linux, and OS X. You can download it for free to try, but if you plan to use regularly, you will need to opt for the license.

It is a free open source editor that stands out for its simplicity, but more than covers the basic programming needs, design without fanfare. It is available for Windows, OS X, and Linux.

It is an advanced open source editor available for Windows, OS X and Linux, whose license is compatible with GPL. It is a very versatile editor and can be used by beginners, in the style of a simple notebook (Easy Vim or e-vim version ), but can also be adapted by the most experienced programmers.

It is a notebook or Advanced Notepad, designed for Windows and can be opted for free. Simple appearance has multiple tools such as syntax highlighting and integrated FTP connection, a project manager, various templates, macro recorder, compressor and shortcuts to code ASCII table, among others.

It is the advanced version of Notepad 2, an open-source editor based on Scintilla and only available for Windows. Other features that need to be highlighted are autocompleted or the ability to work with several documents at once; all using a lightweight and customizable interface, which can be added to numerous plugins.

It is one of the most popular IDE editors, available for Windows, GNU, GNU / Linux, FreeBSD, NetBSD, OpenBSD, Mac OS X and Solaris. It is actually considered an interpreter for Emacs Lips (a dialect of the Lips language) and makes several manuals and online tutorials available to the programmer and a full set of Unicode with their scripts.

It can also be easily customized through multiple extensions that are available. It also has practical functions such as syntax highlighting colors. The most current version is 25.1.

It is a cross-platform development environment with identical characteristics for Mac, Linux, and Windows, which allows programming in various languages like PHP, Python, Go, Ruby, Perl, HTML, CSS, Javascript, etc.

The latest version is currently the Komodo 10.1.1, which has practical tools such as changing control, quick access to files, bookmarks, and tools using commands, support GoLang, a preview that lets you preview the programming results, a powerful SDK, autocomplete and inserting code faster, skinning, debugging code, etc.

It is known for being highly customizable and very complete tool.

It is another IDE based on Scintilla editor, developed with libraries GTK2, which is available for Windows user, FreeBSB, OpenBSB, NetBSB, MacOS X, Solaris Express or Linux a simple and lightweight editor, but with the basic tools for the task such as syntax highlighting, plugins, or autocomplete suggestions. The latest version is 1.29.

It is a free and multiplatform editor based on Eclipse, which runs on Windows, GNU / Linux and Mac, which was designed for Web 2.0 technologies such as AJAX, CSS3, HTML, PHP, Ruby, Rails or Python. Being based on Java, it has advanced to program with JavaScript and provides a powerful development engine characteristic. The most current version is Aptana Studio 3.6.1.

It is the free editor created by and for Windows. This is a limited version of the IDE, available in multiple languages and very practical to develop Windows Phone, Visual Basic, Visual C ++, Visual C #, AJAX, HTML, CSS; ASP.NET, etc. It has tools such as context – sensitive help, accessibility and code validators, preview results, etc. Visual Studio Express 2017 RC is the latest version.