Java has been the all-powerful, dominant programming language which remains at the core of the Android mobile operating system. But recently, Kotlin has emerged as the new programming language alternative to Java for Android development. Naturally, there is a lot of buzz about the comparison and pros and cons of these two languages.

Now, Java vs Kotlin became one of the frequent comparisons in the entire tech world. All those Android developers who are trying to decide which of these two programming languages will be best for their coding output, can find this blog post helpful.

Java is the most well-acclaimed programming language that started its journey more than two decades ago when James Gosling developed it way back in 1995. From then on, it continued to become popular and became an active part of almost all major computer programming milestones over the years. As of now, Java holds the highest usability record with the highest number of developers and systems. Apart from this, Java has been a key contributor to the open-source community of developers as well.

In spite of this uncontested reputation of Java, Kotlin as a modern programming language fills the gap with a lot of enhancements. Especially when Kotlin was announced as the official programming language for Android development by Google at its annual Google IO 2019 event, Kotlin got a big push and several major apps finally decided to switch over to Kotlin from Java.

The Definition of Java and Kotlin

Java: Java is platform-independent ‘Write Once & Run Everywhere’ programming language which is widely known to be concurrent, class-based and object-oriented in character. The Java platform comprises an engine, a compiler and a complete set of libraries. Though Java essentially brought a paradigm-shifting approach to programming, it got a majority of the syntax from C and C++.

Kotlin: Kotlin is an open-source, JVM Based programming language that can easily be compiled into JavaScript, Android, and Native languages. Fully interpolable and compatible with Java stack of technologies Kotlin offers a great combination of both functional programming and object-oriented programming capabilities. Kotlin comes as a more concise, safe and more practically oriented language that can easily be used for all purposes where Java is used.

Origin of Java and Kotlin

Java: Java built by James Gosling and his developer team at Sun Microsystems way back in 1995 was initially intended for compiling into bytecode run on the Java Virtual Machine(JVM).

Kotlin: Kotlin was built originally by JetBrains in 2011. The company which is already known for developing several popular and widely acclaimed IDEs built something to take over the shortcomings of Java while keeping the original Java strength intact.

Why Kotlin has emerged as the irreplaceable programming language choice for Android developers?

The Cons of Kotlin

In spite of the gamut of advantages that we have mentioned above, Kotlin has several drawbacks as well. Fortunately, these cons never can outweigh the positive attributes of Kotlin.

Volatile Speed of Compilation: Most Kotlin developers are of the opinion that the speed of compilation with Kotlin is very fluctuating. At times, the speed of compilation can be a lot faster and at times it can be incredibly slow.
Lack of Community Support: Kotlin is a relatively new language and that’s why it boasts of a very limited developer community and available resources for learning the language. Kotlin developers can face a lot of queries that as of now haven’t been answered in online forums.
Not too Many Kotlin Developers Out There: As Kotlin is a new language with just a few years of patronage and developer input, you cannot find a lot of expert Kotlin developers everywhere.

Pros and Cons of Java Language

Java as one of the oldest programming languages that has seen almost the entire horizon of the evolution of computer programming, boasts of almost equal measure of strengths and weaknesses, especially, when you compare it with Kotlin. Here we briefly explain the pros and cons of Java.

Java over the years also shows some critical limitations for Android development. Let us have a quick look at the cons of Java.

When you hire Android developer, still Java programming skills is common to be found across most developer resumes. So, Java is not going to be obsolete any time soon. But since Kotlin is already the official Android programming language, in future Kotlin can outpace Java for talent market as well. 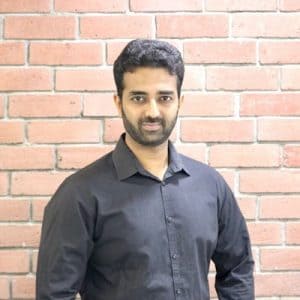 Atman Rathod is the Co-founder at CMARIX TechnoLabs Pvt. Ltd. a leading web and mobile app development company with 13+ years of experience. He loves to write about technology, startups, entrepreneurship and business. His creative abilities, academic track record and leadership skills made him one of the key industry influencers as well.