What Is The Significance Of NVME™ Technology? A Technical Information Guide 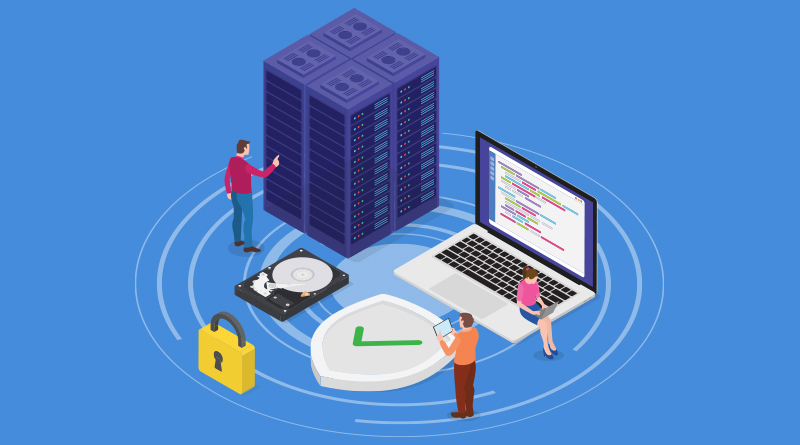 NVMe, also known as non-volatile memory express, is a new transport and storage access protocol. NVMe is used primarily for next-generation solid-state drives and flash memory devices. NVMe is referred to as a host controller interface that accelerates the data transfer speed between client and enterprise systems.

NVMe is one of the integral elements of a computer’s high-speed peripheral component interconnects express bus. With the adoption of SSDs on a steady rise, the practice of using mechanical hard drives is slowly declining.

The NVMe protocol accesses flash storage through the PCI Express to facilitate faster communication. The NVMe protocol emphasizes the non-volatile memory in all types of computing environments. So with these things in mind, let’s take a glance at the various aspects of the NVMe technology.

An Overview Of NVMe 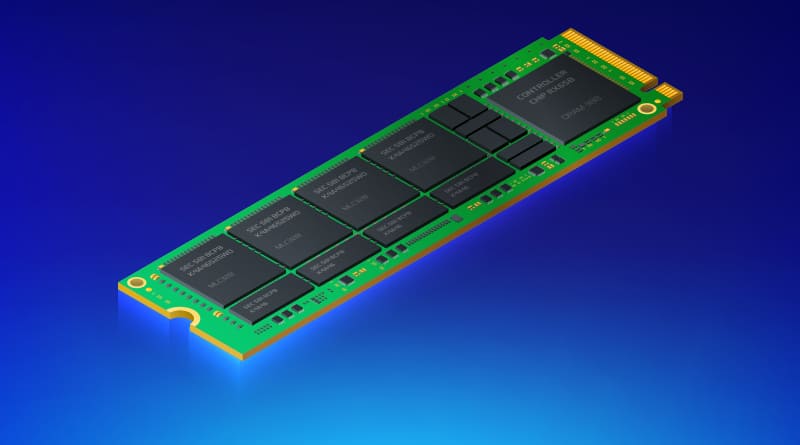 NVMe is a device interface specification that leverages the benefits of flash-based storage technologies. Before the emergence of the NVMe specification, SSDs used to communicate with computers via Advanced Host Controller Interface or AHCI.

The AHCI is mainly for traditional spinning HDDs, which have practical limitations. Moreover, traditional HDDs are not a favorable option when the context is about fast and reliable data transfer. Conventional protocols usually consume a plethora of CPU cycles to make data available to applications.

With NVMe, organizations can tackle rigorous application workloads with a smaller infrastructure footprint. NVMe provides a standard interface for drives to use. It has a standard driver specification which eliminates the requirement for device-specific drivers.

Advantages Of NVMe For Data Storage 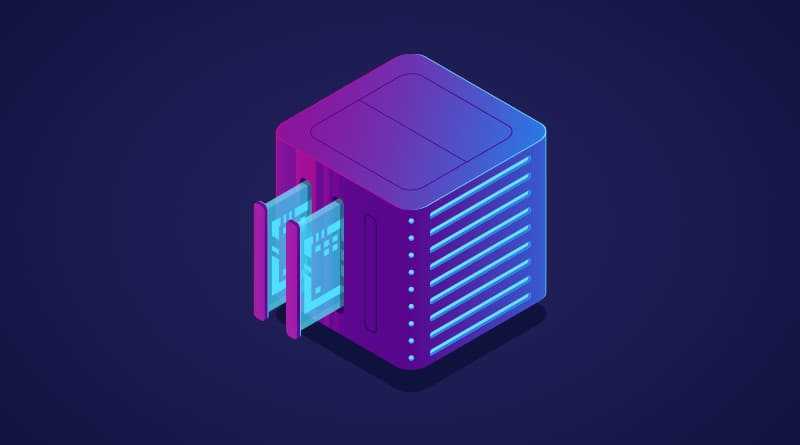 No doubt, NVMe storage is one of the latest sensations in the realm of enterprise data as it saves time. However, there are other advantages associated with NVMe mentioned below. 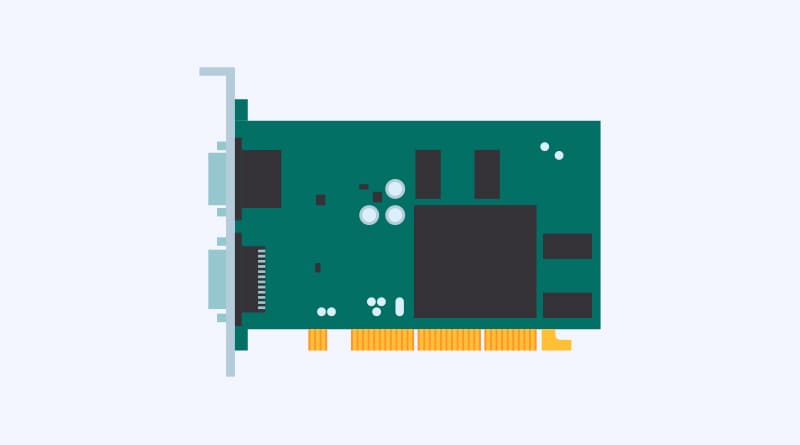 NVMe permits the drive manufacturers to develop high-performing drives without being limited by protocols like AHCI and SATA/SAS. When working with several files on conventional HDDs, the industry should rotate at high speeds to facilitate faster data transfer.

Note that traditional HDDs can work with only one file at a time. Let’s provide an example in this regard to understand better. AHCI for traditional HDDs usually has a single command queue with a maximum of 32 commands per queue.

On the contrary, NVMe has 65535 command queues. Each queue can accommodate up to 65536 commands. AHCI offers solitary interference with no steering. However, NVMe offers 2048 MSI-X interrupts.

When compared to AHCI, NVMe puts less stress on the RAM, which keeps your system responsive. NVMe boasts of a flash-first philosophy that enables your device to churn out higher performance. From the type of flash to the driver’s controller, SSDs can be affected by a host of factors.

NVMe Use Cases For In-Depth Understanding 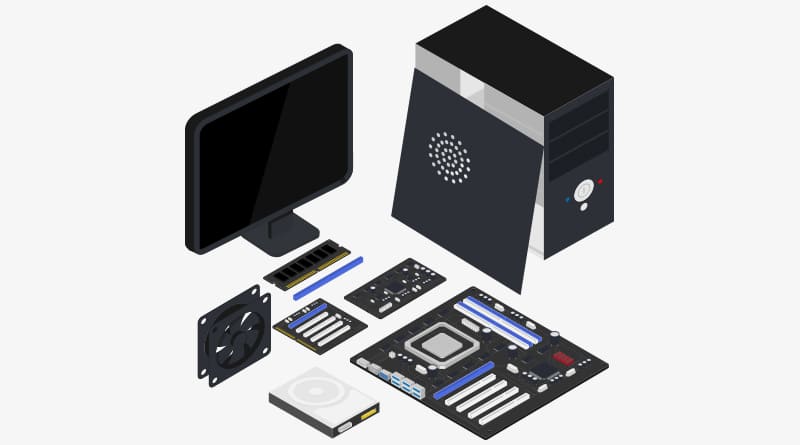 As we all know, NVMe provides faster access to data and handles a large number of queues and commands. Some use cases of NVMe are as follows.

The performance parameters of NVMe outshine those of SATA by five times or higher. SATA may have more reputation and adaptability. However, SSDs powered by NVMe are a new trend that is likely to stay here for long. 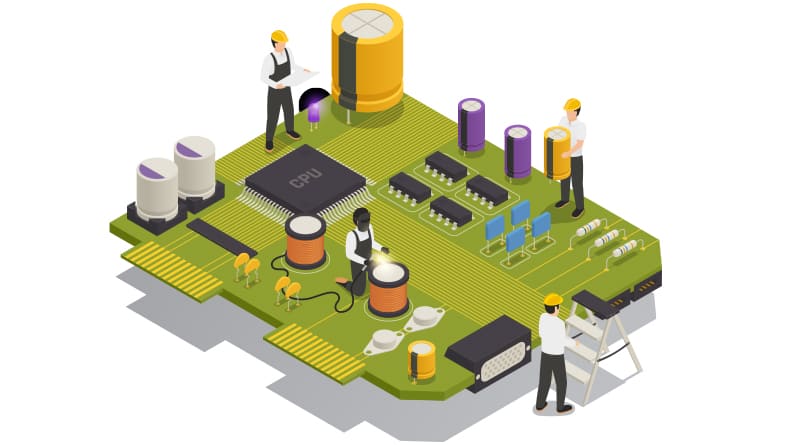 NVMe is a NUMA-optimized protocol. In simple words, NVMe allows several processor cores to share the queue ownerships along with command atomicity. Moreover, SSDs powered by NVMe can scatter and gather commands and process them to provide lower data latencies.

NVMe is currently the industry standard for PCI Express SSDs. Nowadays, NVMe comes with many exciting developments. Multiple queues and the virtualization of IOs are pretty standard. NVMe is all set to manage big data in the future.

For instance, NVMe Zoned Namespace is a technical proposal. It can facilitate extensive data management in a wide variety of infrastructure deployments. Even mobile computing would become high performance with the introduction of the NVMe protocol.

Is NVMe Flash The Appropriate Option For You? 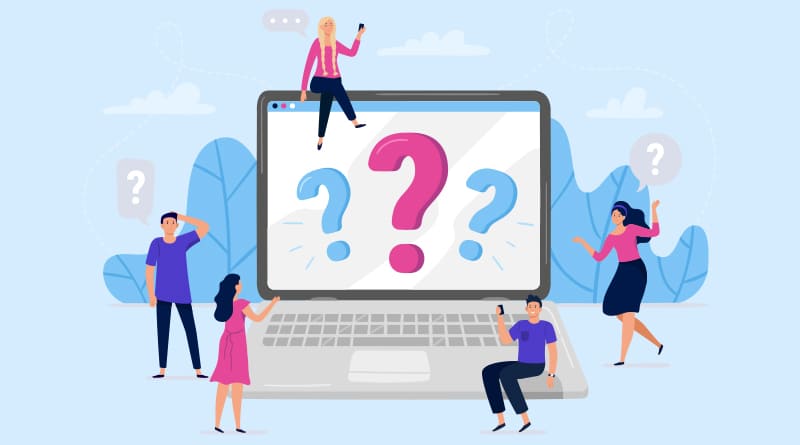 Flash storage based on the NVMe protocol bolsters performance for I/O hungry operations. With the conventional spinning HDDs becoming obsolete, NVMe SSDs are all set to take over as the enterprise storage format of choice.

In NVMe powered flash storage, data is stored in flash memory with no moving parts. This implies that the possibilities related to disastrous failure are a bit low. And when there are no moving parts, NVMe drives don’t vibrate or make noise. NVMe occurs in diverse formats and devices for companies. They are as follows.

For individual systems, NVMe would be able to boot from it. A majority of suppliers are nowadays refraining from using BIOS. The NVMe SSDs for laptops usually come in the M.2 form factor.

Some Crucial Aspects About NVMe Over Fabrics 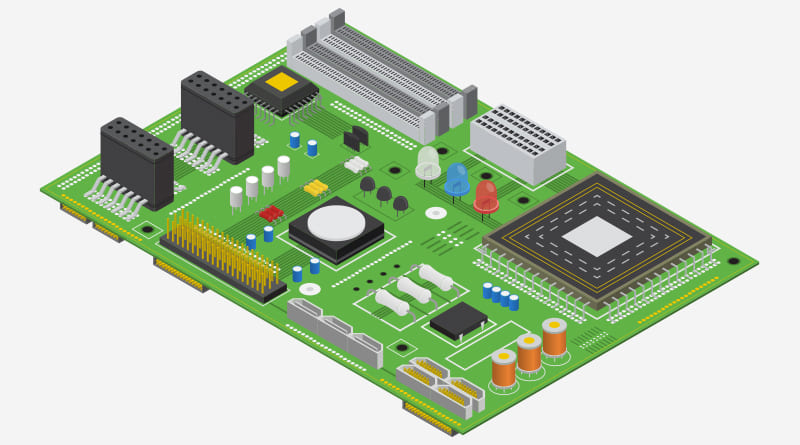 NVMe is definitely more than faster flash storage. It is also known as an end-to-end standard that allows efficient transport of data between servers and storage systems. Let’s take a glance at the below points to understand better.

What Do You Get With NVMe-over-Fabrics? 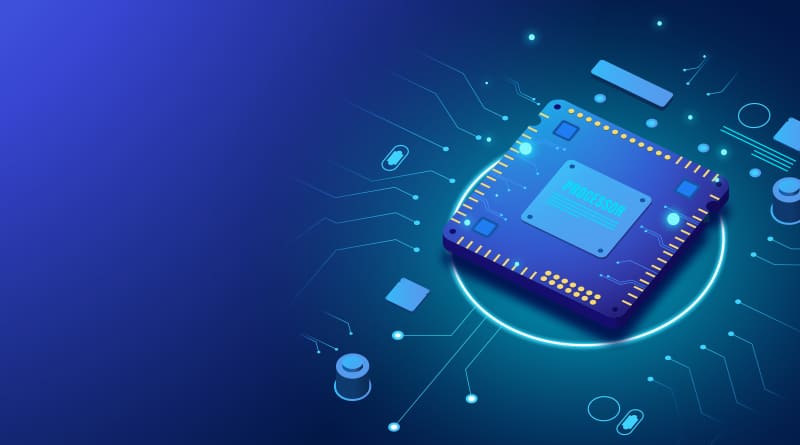 Usually, NVMe is an excellent option for storage devices that are directly attached. However, when the context is about storage networks, something else is also required. The NVMe-over-fabrics protocol is used to transfer NVMe storage commands between Ethernet networks or client nodes. These types of network systems boost connectivity and data transfer over large distances. 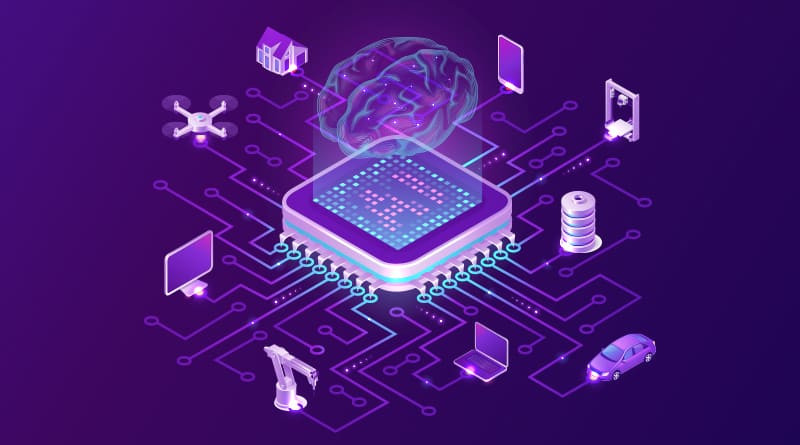 Computing systems for AI and Machine Learning use GPUs and integrated circuits. This implies data is processed faster than before. Both AI and ML require the machine to communicate with programs at a faster data speed. Conventional HDDs tend to overheat when used at high such frequency. This is precisely where SSDs powered by NVMe are ideal. Moreover, NVMe offers a tremendous amount of bandwidth and lower latency. This enables it to facilitate extreme performance for more challenging workloads.

The Importance Of NVMe For Businesses 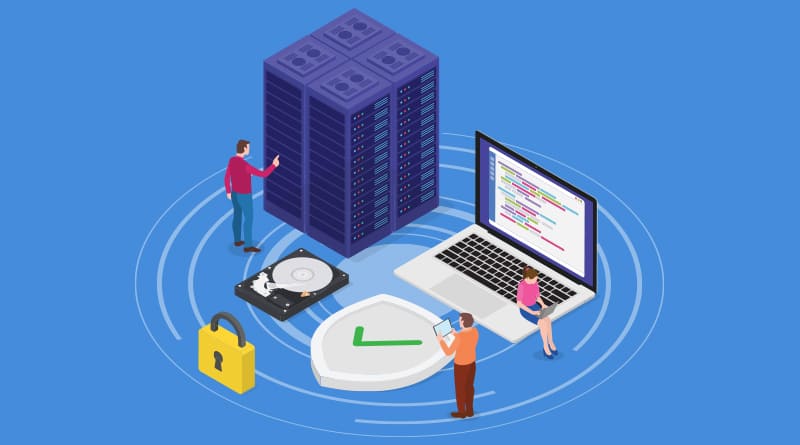 No doubt, enterprise systems are usually data starved. The demand for new applications, along with the rise of data demands, can negatively affect the performance of SSDs. Furthermore, the high-performance SSDs based on legacy storage protocols usually experience lower performance.

The unique capabilities of NVMe help in avoiding these issues. What makes NVMe stand out is its ability to scale. From traditional databases to edge computing architecture, NVMe can meet new data demands.

NVMe is perhaps the only protocol ideal for non-volatile and top-performance storage media. Industries like finance, telecom and healthcare depend on fast computers with low latency. Organizations belonging to these domains leverage the high NVMe speeds for executing complex computing processes faster.

Finance organizations rely on NVMe to boost high transaction volumes. NVMe permits admins to rationalize virtualized settings by augmenting virtual machines. In these types of situations, the NVMe protocol can be deployed.

NVMe can manage clusters and streamline the performance across various workloads. Being a new protocol, NVMe can help organizations avoid bottlenecks. Moreover, it allows the utilization of full CPU and GPU cores.

So as you can see, NVMe and its performance will boost latency-sensitive environments. Furthermore, real-time data analytics database environments would get immense benefits with NVMe. NVMe emphasizes parallel and industry-based architecture, which allows faster execution of computing processes.

An increasing number of businesses are now using SSD cache to pin metadata and data without slowing the actual speed of reading. In other words, this improves the total momentum of queries which ultimately has a positive effect on database performance. Let’s hope that the points discussed above will help you to have a clear view of NVMe technology. 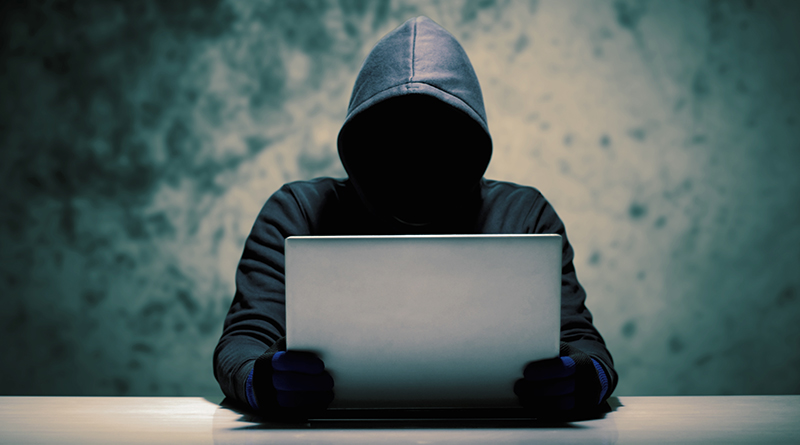 All You Need To Know About Anonymous Hosting!
NVMe, also known as non-volatile memory express, is a new transport and storage access protocol. NVMe is used primarily for next-generation solid-state drives and flash memory devices. NVMe is referred to as a host controller interface that accelerates the data transfer speed between client and......
Keep reading
Related articles to read 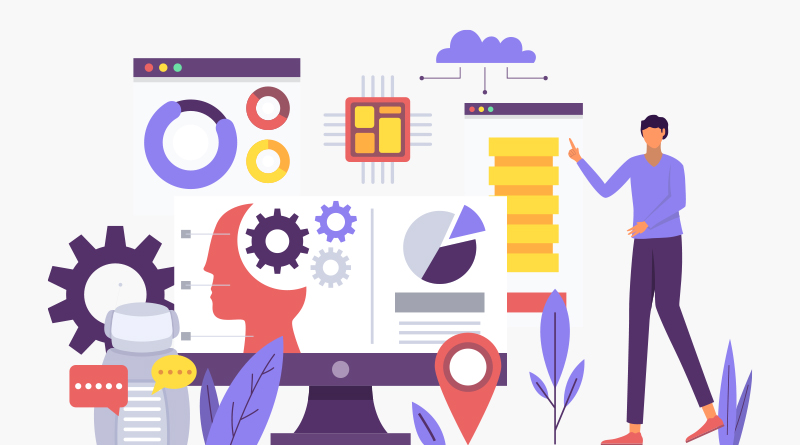 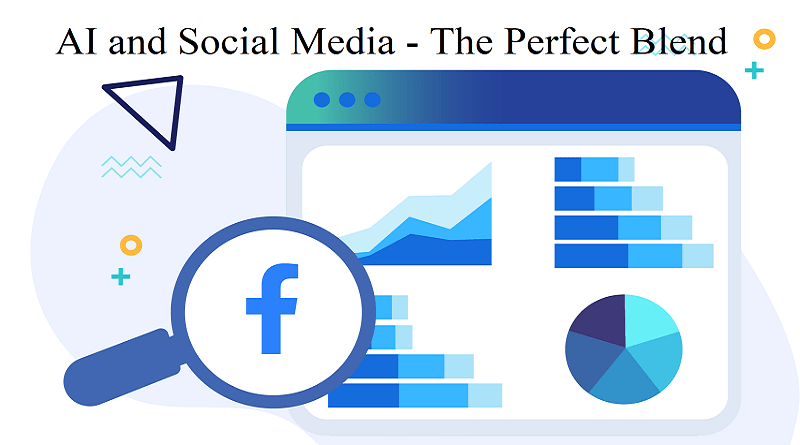 Technology Hub
How Will Process Automation Improve Your Work Tomorrow?