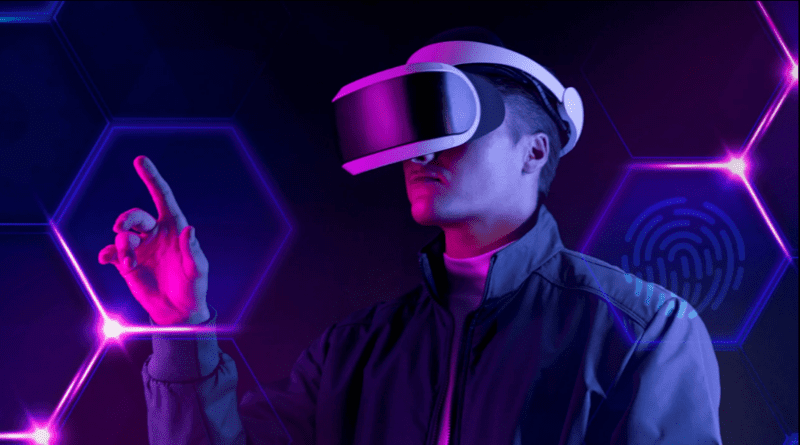 The Metaverse is trending in 2022. This year promises to be a key year for the “meta-universe,” and the global tech giants understand and act on this. Apple, Google, Microsoft, and Meta (Facebook’s parent company) are preparing to release new hardware products and software services in this growing market, which until now has been a niche market for first users.

The Metaverse refers to software and hardware that allows users to play or work in three-dimensional virtual spaces or retrieve information from the Internet and integrate it with the real world in real-time. Currently, the Metaverse can be accessed using a smartphone, but eventually, according to supporters of the technology, it will be accessible through modern virtual or augmented reality headsets.

In this definition, we are most interested in the concept of “the Internet as a single universal virtual world,” which can be accessed through AR or VR devices. So far, the most successful example of this concept has been Pokémon Go, which brought augmented reality to the masses.

The Metaverse concept is not new, but interest in it grew significantly after Facebook entered the meta world market and caused a stir in the crypto-space. This hype led to a surge in interest and investment in meta universes. However, games are just the tip of the virtual iceberg; the possibilities of the meta-universe are much wider and richer.

Although the general public started talking about meta universes after Facebook was rebranded in the fall of 2021, the term Metaverse was coined by science fiction writer Neal Stephenson in the 1992 cyberpunk novel Avalanche to describe a virtual space for people to interact through their avatars. However, any online game fits this description, and a 21st-century metaverse must meet a set of criteria:

With an advanced Metaverse, we could freely overcome cultural barriers, differences between countries, whole nations, and even the laws of physics. The meta world would be helpful for just about everything, from work and games to everyday things like going to the doctor or preparing for exams.

Mixed reality, a combination of the physical and digital worlds, allows the possibilities of interaction between humans, computers, and the environment to be realized. This new reality is made possible by developing computer vision systems, graphical computing power, and technologies for displays and input systems.

Mixed reality has begun to apply to more than just displays and now includes the following features:

The development of reality technologies has given us several forms of mixed reality. One type of MR is the ability to not only superimpose objects on a real-world image but also to interact with them. It is a kind of advanced type of AR.

The cutting-edge paradigm shift in MR is made possible by Microsoft Hololens, a headset that, as the name implies, allows its users to superimpose holograms from virtual worlds over the usual reality we’re used to (the headset looks like Oakley space-age sunglasses). The key concept behind the HoloLens is to demonstrate complex things visually. In essence, it creates a sense of being in a virtual environment.

This type of intersection of the real and the virtual gives us a whole new space within which we can interact. We are discovering more and more possibilities as technology advances. One of the first companies to adopt Microsoft’s headset was automotive manufacturers. Mercedes-Benz is now using HoloLens extensively to train employees worldwide through its corporate Global Training App.

With the advent of digital technology in our lives and now meta universes with limitless human possibilities, we increasingly hear about “virtual people” – digital avatars who live in another reality.

“Virtual people” are two opposing concepts shaping a new trend in 2022: hyper-realistic digital avatars that can communicate in real-time.

The VR industry is familiar with the development of digital avatars: we often create mascots for games, apps, and company presentations, so the avatar does not always look like a person.

If previously virtual characters did not look like a person, today things have changed dramatically: fantasy races and magical animals are being replaced by hyper-realistic digital twins – people want to transfer themselves into virtual reality.

Moreover, suppose before, the virtual person was only capable of a template dialogue laid in its algorithms. In that case, the current avatars are created using artificial intelligence technology, so they are able to speak on non-standard topics and independently build a conversation with the user.

Virtual avatar is an innovative solution that can be implemented in the following areas:

And these are just some of the spheres where digital avatars have successfully established themselves.

A big part of Metaverse involves simplifying our interaction with technology. Instead of typing queries into a computer or smartphone, we will be able to interact with devices in voice, body movements, and even eye movements. We are already seeing examples of this in the world of augmented reality.

To create such a tool, developers in the XR world need to develop more powerful tracking technology to monitor the user’s every movement or gesture. Meanwhile, the connection between the digital world and the real world can integrate more feedback from the digital tools we interact with.

Tactile technologies that allow us to “touch” the digital content and interact with it in the real world will make our use of the Metaverse more meaningful and real.

Low-Code Platforms and Opportunities for Development

Metaverse will move us much further into the world of Web3, where developers can have control over their content on the Web.

The meta-universe will increasingly be created by a wider range of creators and supported by a deeper catalog of pluggable applications and logic. Low-code and no-code application platforms provide higher-level abstractions (such as scaffolding and drag-and-drop tools) to replace manual coding of processes, logic, and applications. The result will be a significant reduction in the amount of work required to build applications, democratize the process, and add power to the Metaverse network.

The Metaverse is designed to merge the physical and virtual worlds gradually; it allows you to earn or create items in one world and share them in the other. In a world where you can be whatever you want and do whatever you want, you will need funding, and it can be obtained through digital currency.

You create and own a digital version of yourself with the meta-universe blockchain. You can easily access, use, import, or export anything without intermediaries. You have complete autonomy and can use virtual, augmented, mixed, augmented reality, or any other technology to enjoy the best way to communicate at the moment without any physical limitations. The addition of digital assets and cryptocurrencies is the cherry on the cake, boosting the global economy and helping to make your limitless dreams come true.

Non-for exchangeable tokens (NFTs) are unique and cannot be swapped for any other tokens. They are a virtual asset that underlies the growth of the Metaclass universe. They also represent intangible things, such as collectibles in the game, images, videos, or other virtual objects. A record of NFT ownership is secured in a Blockchain, and it can be exchanged for digital assets.

NFTs have the features of smart contracts that enable and automate matching. Depending on the request, such a feature makes it easy to buy, sell or grant access. This means that you can use NFTs to invite friends into your personal space and gain entry to events where tickets are required, such as festivals.

While some people use NFTs as collectibles, others see them as investment potential for private investors.

Are The Tokens of the Metaverse Different from The Others?

Non-exchangeable tokens are not just the currency of various virtual world communities, but also the growth engine of the Metaverse. Some virtual reality platforms are freely available, but you will need cryptocurrency or tokens based on Etherium, such as MANA or SAND, to buy or trade virtual assets. These tokens can be exchanged for virtual goods, services, or entertainment.

These tokens are recorded in the Blockchain and can be sold just like the assets they represent. Tokens ultimately represent a way of owning digital assets in games, the Metaverse, or other digital spaces.

Are Cryptocurrencies the Future of the Meta-Universe?

Online payments are well established in both the digital and physical worlds. The concept of cryptocurrency is based on this technology, and NFT takes both concepts a step further. Cryptocurrency is very important to virtual financial ecosystems because it gives people a simple, secure and transparent way to transfer funds from one user to another.

Along with crypto platforms, a Metaverse with unlimited growth potential is evolving. Cryptocurrency and NFT fuel this growth and play an important role in unlocking the full potential of this technology. Whether you want to fully immerse yourself in the meta-universe or just take advantage of its financial benefits, cryptocurrency is your path to wealth in both the digital and physical worlds.

There is a feeling that interest in the meta-universe will drop by the end of the year due to the lack of bright application cases, and everyone involved in it will realize that it is a crude technology. Then the logical decline will begin, followed by growth. Most likely, we will see a quality meta-universe after 2030, but not in this decade. But islands of the Metaclass universe, allowing for the realization of certain areas of life, are appearing now. Maybe all companies will move to remote working and VR glasses will be issued like a corporate laptop, and meetings will be held every day in virtual reality.

Of course, one would like to say again that the modern world is changing every second. If previously sci-fi movies like “The Matrix” or “Avatar” were breath-taking, now we live in a time when moving into the virtual world is more real than ever.

The latest models of VR headsets contribute to the effect of total immersion, which means that in the simulation, a person will feel just like in real life.

For a long time, virtual and augmented reality technologies were considered the domain of entertainment. Now they are increasingly being used in industrial design and service industries and are used to train personnel and interact more effectively with customers. Investments in virtuality technologies of varying degrees of immersion are growing every year. 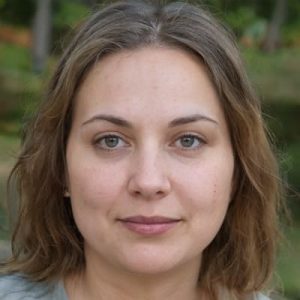 Kelly Miller is a professional writer for WritingAPaper online service. She specializes in tech topics for research papers, essays, and other writing assignments.