Node.js vs PHP: Which is Better? 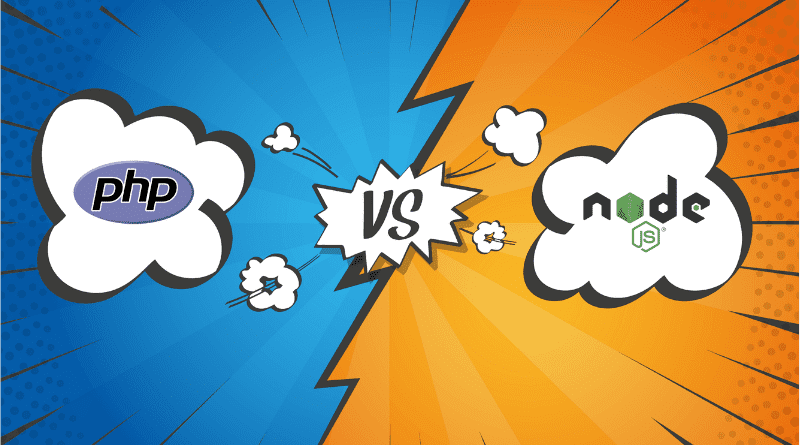 Choosing a language for a web development project requires business owners and development teams to review many programming languages, analyze their benefits and align them with project needs. New languages emerge all the time – you can go for all-time favorites like C or Java or pick a simpler Golang.

Statistics on Node.js and PHP

To understand how widely both languages are used, let’s take a look at tangible numbers and examine what kind of websites are currently using PHP and Node.js technologies.

The language is used by 78.9% of websites, which makes it the most common server-side language right now. 4 out of 5 websites that you’ve visited today are likely to use PHP. Today, PHP is one of the oldest backend languages in use, which explains its popularity. We’ll take a closer look at technical characteristics that brought PHP to its rise.

Node.js is used by 0,8% of websites, but its position is getting stronger, whereas PHP is losing traction. Even though Node.js still falls short of PHP in terms of usage statistics, it has a positive momentum – the language will likely keep gaining traction.

Node.js is an open-source runtime environment, based on V8 JavaScript. Many developers initially make a mistake of thinking of it as a library or framework for JS, but in reality, it’s an independent environment. 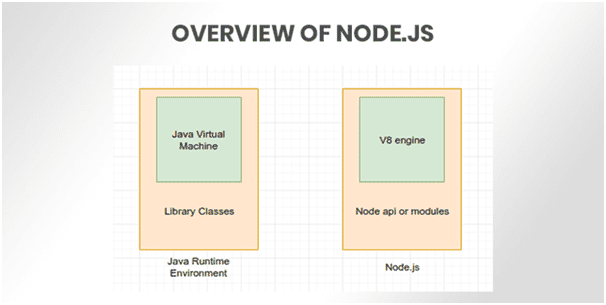 Node.js is one of the newest web development tools out there – it was introduced in 2009 and was quickly praised as one of the most promising JS-based solutions. The company that developed Node.js previously participated in Ruby on Rails development and provided hosting for Twitter and LinkedIn. Right away, the runtime environment had a strong experienced technical team that was looking to develop a modern web development solution.

Although the solution quickly caught the interest of tech enthusiasts, developers, and businesses, the interest peaked in 2017, according to Google Trends. Now any code editor supports Node.js along with JavaScript, and it’s compatible with multiple CMSs. 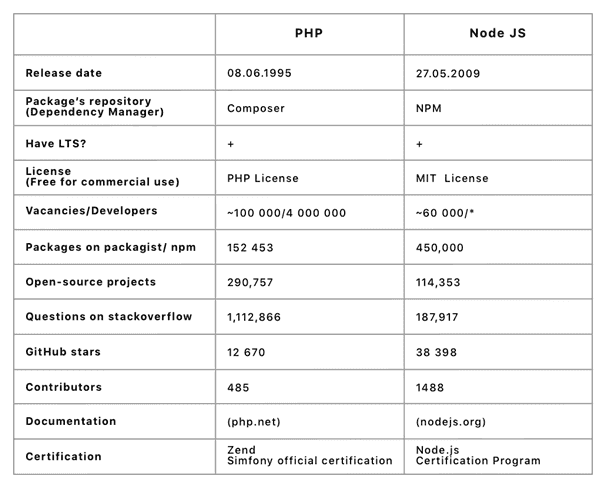 After examining the usage of both languages, we need to take a look at their history and purpose to know how they reached their current level. Let’s start by defining PHP, the most popular server-side language up to date.

PHP is one of the first software development languages that was created precisely for web development. The language was developed in 1994 under its original name of Personal Home Page, which was later changed to Hypertext Processor.

The language popularity is partially explained by the fact that it’s used by Zend Engine – an engine that powers Nginx and Apache. This makes PHP code highly compatible with HTML, which is why it’s a must-know for any web developer.

Another crucial factor is the connection between PHP and WordPress. One of the most popular content management systems, used by 34% of all websites, is written in PHP. This means, if a website is using WordPress, it will likely use PHP. It’s possible to combine it with another language, but still, PHP provides the core functionality. 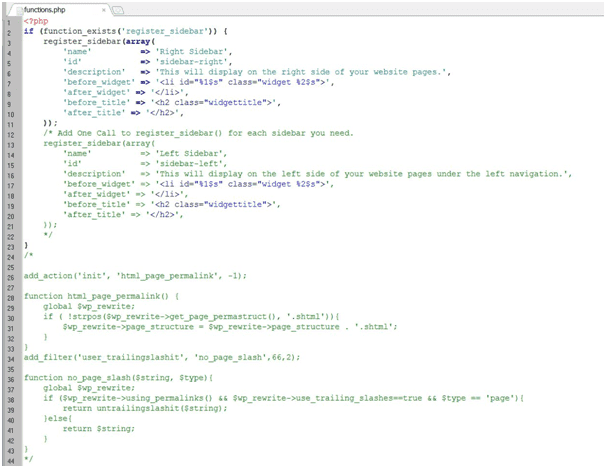 A lot of companies and web platforms use PHP to write backend software and admin panels for their websites. One of the most prominent examples is Wikipedia: the software behind the platform, MediaWiki, uses PHP for its backend functionality. Also, Joomla and Drupal use PHP quite extensively – although not quite as much as WordPress.

It’s possible to say that web development, the way we know it today, is deeply rooted in PHP. Content management systems, additional software, and frameworks have been around for decades, and knowing PHP has become a must for any web developer.

Let’s take a deeper look at the key technical characteristics of Node and PHP technologies side by side before we move to evaluate their benefits and drawbacks individually. Because languages were developed a decade apart, they have a lot of differences in their design and syntax, although, with recent updates, these differences become less drastic. Both languages are well suited to current development standards, but there are structural differences nevertheless.

PHP takes less time to learn and easier to set up – it doesn’t require a powerful interface and is well-equipped to run on old hardware. The language doesn’t require converters and compilers. You can connect it directly to the SQL database, and there is no need to adapt to specific hosting standards.

Node.js, however, is more complicated. The deployment of the environment requires powerful server infrastructure and additional frameworks. Some developers consider the syntax of the language itself easier than of PHP, but the preparation is certainly more complex.

PHP supports MySQL, PostgreSQL, and MariaDB. The code can be integrated with almost any database solution. Almost all existing web development solutions were adapted to fit PHP because it’s used so widely. 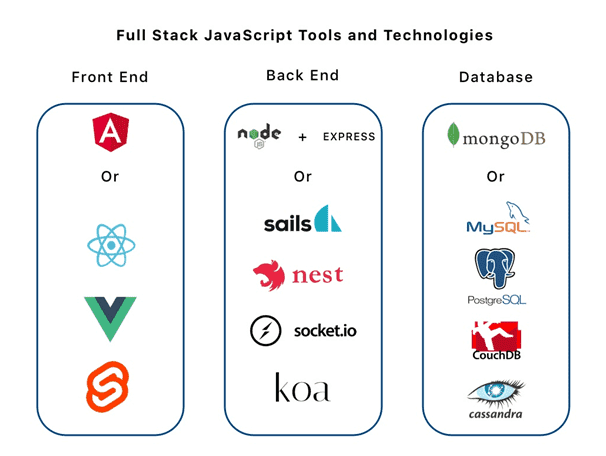 Due to its popularity, PHP has significantly more hosting services than Node.js. The deployment of PHP is faster and easier, plus, it doesn’t require a virtual server with an SSH connection. To deploy a Node.js project, you need to create a complex virtual server infrastructure.

PHP is stable in its performance, but it works slower than Node.js. The explanation for this is simple: Node.js uses a V8 engine which is known to be one of the fastest right now, callback functions that allow working with multiple requests simultaneously. 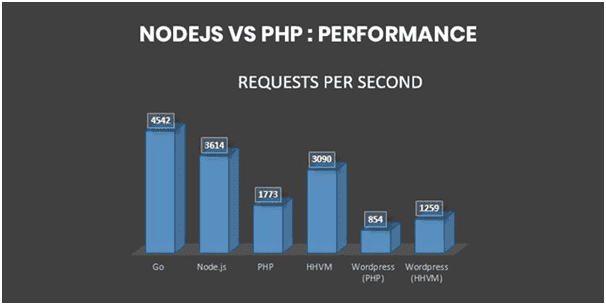 Even though PHP is one of the oldest languages for web development, it’s regularly updated to fit web standards and provide higher performance speed. That said, the core architecture of the language is still old-fashioned, and to catch up to younger languages, PHP would need a complex upgrade.

Node.js, on the other hand, is much more advanced in this regard. From its first release, the language used powerful engines and modern architecture, and it was developed to suit modern development requirements. The code can be easily cleaned up and edited, it’s easier to track and write due to a new syntax.

Node.js comes prepackaged with the NPM package management system and its registry.

To sum up, NPM is easy to use and publish than the PHP modules. In addition to that, PHP doesn’t come bundled with modules. That’s why developers need to download and install them manually.

Node.js comes prepackaged with core modules that include the file system, HTTP, and DNS. That significantly helps in developing customized web servers. Express.js, Koa.js, and Sails.js technologies are some of the most popular Node.js frameworks that can be set up using 4 lines of code at maximum to empower Node.js running web servers.

Node.js is gaining traction quickly, even despite not being the most popular backend technology yet. The environment offers many decisive benefits that make up for the fact that it’s not yet widely used.

Node.js is based on JavaScript which is one of the most popular and used programming languages right now. For a developer who already knows JS, it’s easy to learn the main principles of Node.js and adapt them to the backend.

Node.js performance is much faster than that of JavaScript. The environment can easily process concurrent events, whereas PHP doesn’t provide the same opportunity. This makes Node.js a perfect fit for big web platforms, making it easy for developers to introduce new functionality and scale.

Node.js has very few dependencies and additional rules. Programmers can work with various patterns, modules, etc. Developers can download helpful modules and introduce new tools to their workflow, and Node.js adapts well to these integrations. Also, because it’s based on JavaScript, it’s compatible with almost all solutions in the JS ecosystem. 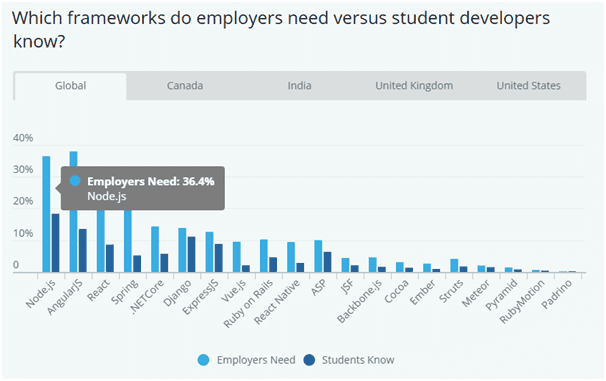 PHP has become the most popular backend language for a reason. Even though many developers think that its reputation of the oldest web development language creates more problems than benefits, it’s unreasonable to deny the obvious strengths of the language.

PHP uses the MVC architecture that structures the code in the application and helps to navigate through millions of lines by breaking the file down into manageable sections. Each model is stored and displayed separately which makes it easy to locate and edit a particular piece of code.

PHP is a definition of slowly-but-surely in web development. Even though the environment obviously uses to Node.js in terms of speed, it shows a more consistent performance when it comes to CPU-demanding tasks and graphics-centered operations. 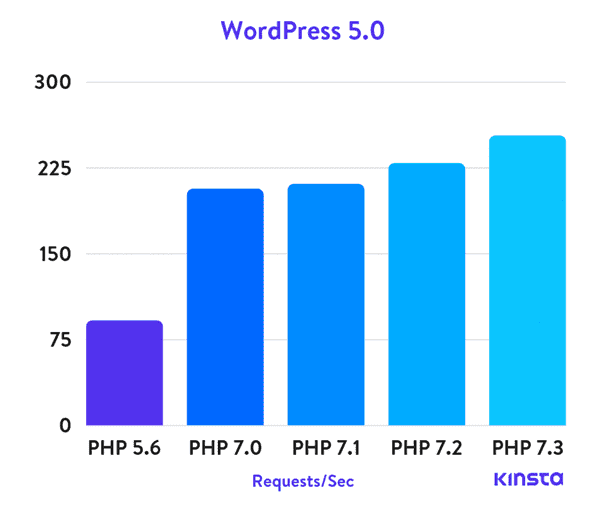 Finding a professional development team that knows PHP is easy because the language is very popular and it has been around for a long while. There are a lot of tools and guides for PHP’s adoption.

Both solutions have their strengths and weaknesses, and because of different technical characteristics, distinct use cases emerged for both. Let’s take a look at applications for Node.js and PHP:

Where to use Node.js?

Where to use PHP?

PHP and Node.js appeal to developers, businesses, and end-users as server-side frameworks due to their universality. Both solutions can be connected to major tech stacks and adapted to scalable solutions. The major difference between the two is the performance speed, where Node.js wins, and popularity, where PHP is definitely the leader. Businesses and development teams need to decide if scalability and speed are more important than universality and high compatibility. We’ve outlined used cases that highlight the purpose of both solutions best. 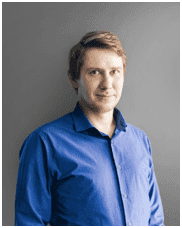 Roman Zhidkov is CTO at DDI development company. Roman is responsible for DDI’s technology strategy and plays a key role in driving new tech initiatives within the company. He understands the context of the technology in terms of other technical areas, the customer’s needs, the business impact, and the corporate strategy. 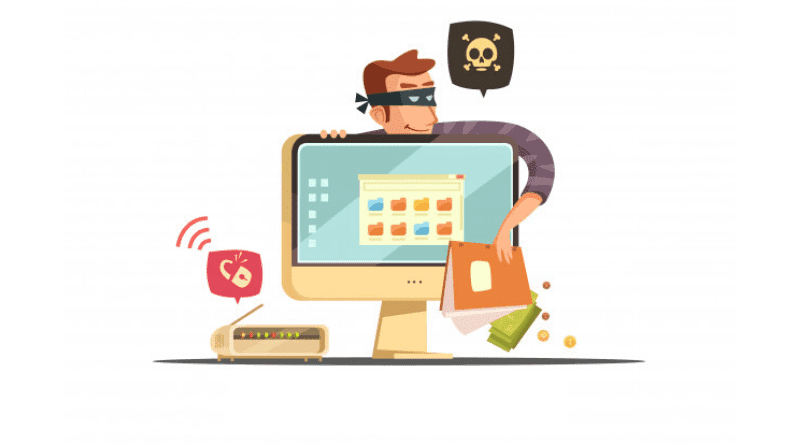 Cybersecurity Checklist For New Business Owners
Choosing a language for a web development project requires business owners and development teams to review many programming languages, analyze their benefits and align them with project needs. New languages emerge all the time – you can go for all-time favorites like C or Java......
Keep reading
Related articles to read 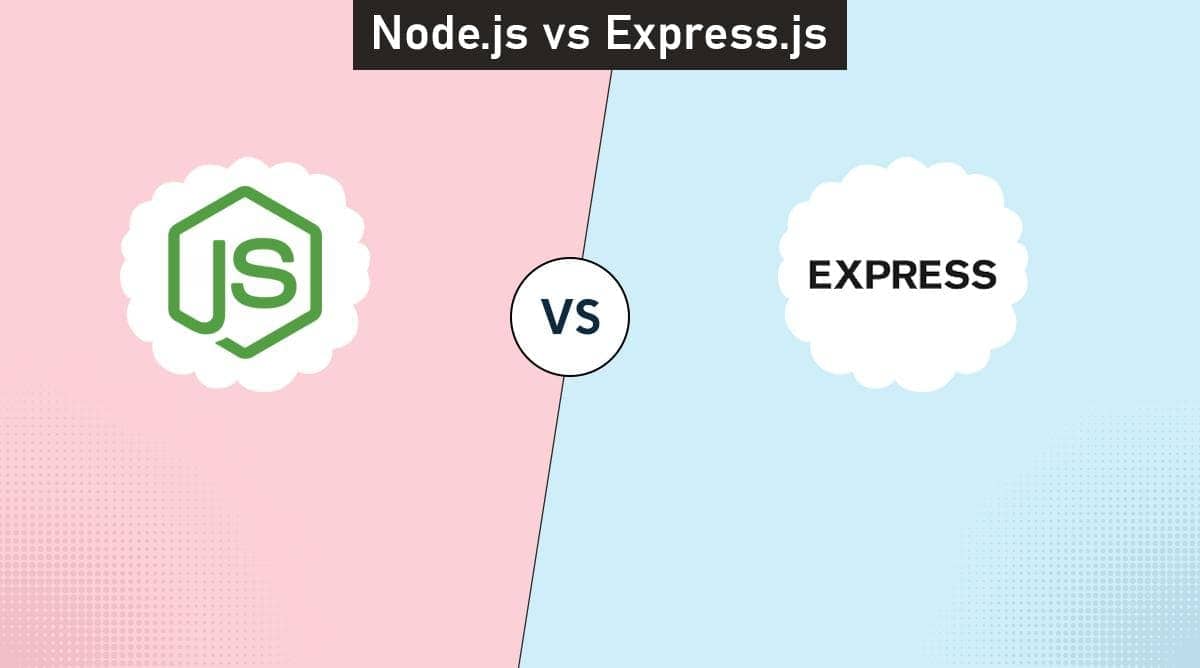 Website Design
Node.js vs Express.js: Which One You Should Opt For? 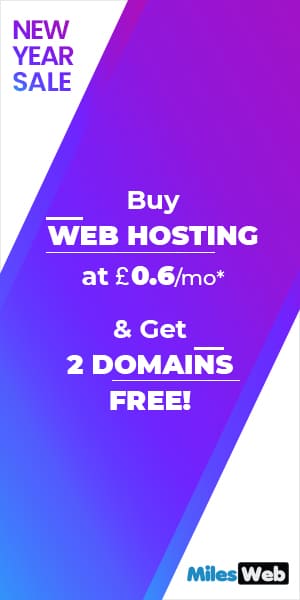